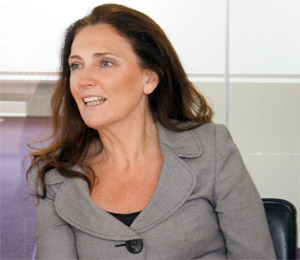 Margaret graduated with LLB(Hons) in 1986. After attending the Institute of Professional Legal Studies in Belfast she commenced working as a Solicitor in the greater Belfast area. Initially she dealt with a large range of legal problems but quickly became known for her skills as a matrimonial lawyer, both in and out of Court.

She joined Bernard Campbell & Co in 1992 as a partner and continues to advise on all aspects of matrimonial and family law.

Over the years she has built up an in-depth knowledge of matrimonial law and working practices associated with it. She deals extensively with referrals from throughout Northern Ireland and further afield dealing specifically with the division of assets after the breakdown of marriage and to include much work in the area of pensions.

In relation to her matrimonial work, Margaret continues to practice as an Advocate in the Criminal Courts. In September 2002, she was awarded a Certificate in Advanced Advocacy skills by the Law Society of Northern Ireland and the National Institute for Trial Advocacy.